Brand New HVL-F20AM flash unit will appeal to Sony Alpha users on a budget, as well as A900 shooters

May 20, 2009 Besides three new dSLRs, Sony has also announced a new low-cost flash unit. Details of the new flash are somewhat sketchy, but the first units should ship in June. Known as the HVL-F20AM, the flash will have a Guide Number of 20 and carry a list price of $130.

While the GN of 20 isn’t particularly powerful, it is double the power of the built in flash on the new A230, A330, A380. More importantly, it offers bounce capabilities, something lacking in the built-in flash. While it doesn’t appear that the new flash can itself be triggered wirelessly (at least not by the Sony wireless system), with an optional sync cord and adapter from Sony this flash could be used off-camera in a wired mode..

With the low price and light weight, it is natural to assume this flash is targeted at first time dSLR shooters. While that is true in part, the F20 should be very appealing to owners of the top-of-the-line A900 as well. As I outlined a few months ago, the A900 doesn’t have a built-in flash, making the A900 the only Sony Alpha that cannot trigger the Sony wireless system out of the box. Until now, the only way the A900 could fire a Sony wireless flash unit is by attaching a HVL-F58AM flash to the hot shoe. The F58AM was the only flash capable of acting as a controller. The rest of the flash units in the Sony stable (F36, F42 and F56) can not be used to trigger other flash units. So A900 users had to buy the high-dollar F58 flash if they wanted a wireless flash trigger.

In my earlier post, I suggested Sony might offer a lower cost method of triggering the Wireless Flash System. Enter the HVL-F20AM.

Like the F58AM, the new flash can trigger other external flashes in the Sony system. This is great news for A900 owners, who can now use wireless flash units without dedicating a very expensive HVL-F58AM to the role of mere flash trigger.

Details are somewhat limited, but Sony has emphasized that the F20AM will only work as a trigger with the A900. Apparently there is circuitry in the A900 that is absent in the rest of the Sony Alpha line.

Some people have expressed disappointment over this, but I don’t really understand why. All of the Alpha dSLRs, with the exception of the A900, already have the ability to trigger the Sony Wireless Flash System. I guess the greater guide number might give the F20 a slightly greater wireless range than the built-in flash units, but that is a pretty weak argument. (no pun intended!)

When teamed with the a900, the HVL-F20AM can also be used to trigger wireless flash setups. Please note, however, that this functionality is only available with DSLR-A900, and does not include luminosity ratio control.

So no ratio control, which I didn’t expect in a basic, low-cost flash/wireless trigger.

Lowering the HVL-F20AM (left) turns the unit off. Raising the flash to full height powers it on.

That the new flash is fairly basic is indicated by another section of the Sony release:

Unlike most external flash units, the HVL-F20AM has no dedicated On/Off switch. Instead, power is automatically switched on simply by raising the flash unit into the shooting position…The new design also eliminates the LCD display panel found on many conventional flash units, further contributing to easy-use simplicity and stylish design.

Classic marketing — remove the LCD panel and call it a feature.

Obviously there are no adjustable power settings. It is a bare-bones flash, but it is a dedicated Sony flash offering both ADI and TTL flash metering. When you add the ability to swivel the flash head to use bounce lighting, this is a nice addition to the Sony flash line-up, especially when you consider the suggested list price.

I read somewhere that the new flash will be powered by two AA batteries, but I cannot confirm this. All of the other flashes offered by Sony use four AAs for power.

Most Alphatracks readers are in the advanced amateur category, and these shooters might be better served with one of the more feature-rich Sony flash heads that feature a higher guide number and can be fired wireless off-the-camera. For those moving up to a dSLR from a P&S camera or A900 owners looking for a way to trigger their external flash units wirelessly, the HVL-F20AM should be a very attractive addition to the Sony flash inventory.

5 thoughts on “Sony HVL-F20AM flash: low cost wireless trigger for the A900” 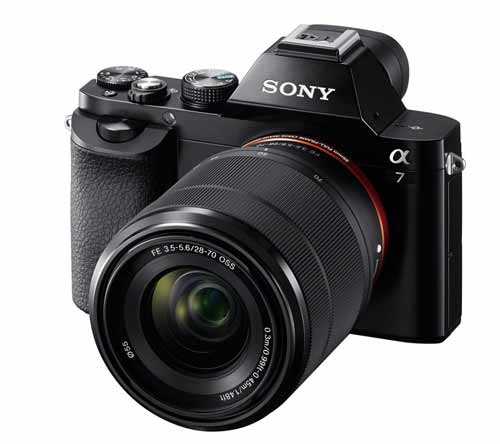