A few weeks ago, wrote about my rapidly failing film and negatives from Cord Industries. At the end of that post I alluded to the fact that neither hard drives or CD disks are considered safe bets for long term image storage.

Now ZNet blogger Robin Harris is posting about something called “silent corruption” on hard disks. If, like me, you store thousands of images on disk, it’s’s enough to keep you awake at night.

Harris links to a study by CERN, the worldâ€™s largest particle physics lab. The study suggests that data stored on hard disks isn’t as safe as we might like. While CERN is concerned with raw data, it would appear that our disk-stored photos are equally at risk.

Your backup is only as good as your storage media

The term data corruption doesn’t sound all that terrible. You might think that minor corruption would only affect a few pixels here and there. If that were the case, someone with good Photoshop skills could restore the corrupted image. Such is not the case.

A couple of years ago I had a nearly full Compact Flash card go corrupt on me. It worked fine while I was shooting, but when I inserted the CF card into my reader, I was greeted with a “Card Unreadable” error message.

Fortunately, I was able to recover most of the images using data recovery software. However, several images were truly and totally corrupt.

The recovery program was able to copy the bad images off the card. but there wasn’t much hope for the data they contained. The images were super-imposed over one another, in much the same way as if you made a double exposure on a piece of film. In addition, there were weird bands of color passing all through the corrupt images. I consider myself something of a Photoshop expert and I can tell you there was no hope of restoring those images. They were well past salvage.

Now imagine the same scenario on a huge hard drive with several terrabytes of stored images. if the drive becomes corrupt, how many images could you stand to lose? Sure you can back your images up, and you should. If both the primary and backup sources fail at the same rate, however, where does that leave you?

Recently I started a project that involved digitizing some Kodak 126 negatives from the early sixties. The negatives were over forty years old, but still perfectly useable. I have some my parents’ film negatives that are more than seven decades old. You still could get decent prints off them. Will we be able to say that about digital?

Can digital survive as long as film?

I’m not advocating a return to film and I’m not going to be Chicken Little and start waiting for the sky to fall. On the other hand, I don’t want to be complacent and sit idly by while my collection of digital originals becomes so much silicon dust. Even with a rigorous backup plan, however, there is a chance that silent corruption could trash valuable, irreplaceable images.

On the other hand, i have been involved with computers and hard drives since the early ’80s. I have only had one one hard disk fail so badly that I couldn’t recover the data off it. That drive suffered a power failure during the start up procedure, and the heads actually slammed against the platter, making 1.6GB of information unreadable. Sad, but not a disaster. What if it had been 1.6TB of information? And what if the back-up had quietly become riddled by errors while in storage?

There is a chance that I still may be around in another forty years. If I am, I beleive that most of my film negatives will still be usable. You have to wonder, however. How many of the digital images I shoot today will I be able to access in 2047?

Are you concerned about the life of your images stored on hard drives and CDs? What steps are you taking to ensure that your digital images survive? Let us know what you think.

15 thoughts on “How long will your digital images last?” 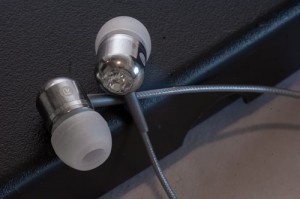 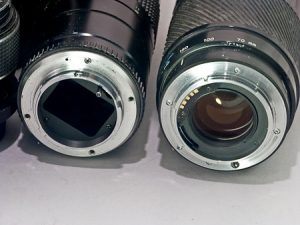