Sony has officially announced two new dSLRs, both featuring Sony’s new Quick AF Live View system. This brings the Sony dSLR model lineup to five, provided you include the original A100, which is no longer in production but still available in many outlets.

Only about four months ago, the A100 was Sony’s only dSLR and had been for eighteen months. To many observers, it seemed Sony had lost their direction and might even abandon the dSLR market. 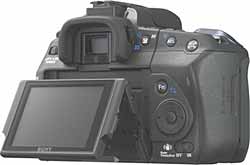 The A200 was announced at the CES show, and only a few weeks later, Sony sends word that the A300 and A350 will ship in March and April.

The feature that sets the two â€œmain-streamâ€ dSLRs apart is the Live View system. The tilt out 2.7â€ LCD panel allows the user to compose and shoot from a variety of angles. The Quick View system uses a second sensor to continuously monitor the scene:

Eliminating the focus delay of other systems, the new models are equally responsive whether using live view or optical viewfinder.

With its two sensor design, Quick AF Live View can even continuously focus-track the subject and provide live view during burst shooting, helping you capture that special moment.

Although I am not particularly interested in Live View, on paper it appears the Sony system is one of the best implementations of Live View yet. 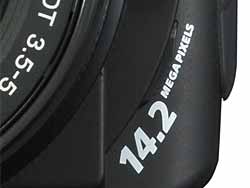 After an incredible drought, A-mount shooters suddenly have wide selection of dSLRs to choose from. And yesterday’s huge announcement of the 24mp full-frame sensor is a reminder that the A900/flagship model is yet to come.

All of a sudden, it is a great time to be an Alpha Mount shooter!